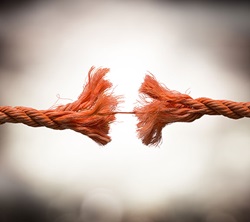 Tensions in an inter-generational workforce are often rooted in a lack of understanding and misperceptions. We’ll look at what makes each generation tick and how you can create an employer experience to keep your best people, no matter their generation.

The Baby Boomers – Born Between 1945 – 1965
This generation married after university instead of secondary school (like their parents had).

Nearly all of them started their careers before the desktop computer became prolific in 1986. Hardworking, sometimes to a fault, they pioneered the mass rise of the ‘workaholic.’

Gen X – Born Between 1965 – 1978
When their parents, the Baby Boomers, began divorcing, many children of this era grew up in single-parent or blended family households where all the adults worked. The latchkey kid phenomenon began. Children spent more time alone or with friends, creating a sense of independence and self-reliance early. This MTV-generation was not afraid to question authority.

As the first generation of children in history to grow up with widespread divorce, they placed a greater emphasis on spending time with their own children and partners over long hours in the workplace.

Some Gen Xers are navigating mid-life crises, with nearly 50 per cent feeling stalled in their current careers.

Gen Y/Millennials – Born Between 1979 – 2000
They’ve never known a life without technology and have had constant stimulation from day one. With little interest in sticking out boring tasks, they look elsewhere once work becomes monotonous. Instant information is the norm.

While previous generations grew up to value teamwork, Millennials were taught that it was imperative. As such they tend to pull their weight in teams and value consensus.

Both or all parents worked in more than 50 per cent of households as they were growing up. Heavy university debt is a reality for many of this generation.

Why Employers Should Care
As the chart shows, startling similarities and differences exist between the generations.

While many Baby Boomers perceived Gen X to be slackers when they entered the workforce, everything has come full circle with Gen X often perceiving Gen Y as lazy.

Gen Y has a unique role hardly seen before — of teaching those above them. Even as interns, they may be the most technologically savvy team members, and as such often train older colleagues on technology and new media.

More Hours do not Equal Getting More Done
When Gen X began entering the workforce in droves, many Baby Boomers disapproved of their adherence to a 40-hour work week.

Baby Boomers learned that you put in as many hours as necessary to get a job done. Being adept at technology allowed Gen X to work more quickly and efficiently with new resources, therefore hitting the door at 5:00 p.m. Then came the Millennials, able to find everything online in a flash and able to use the latest software with minimal training. They sped up processes even further.

The idea that more hours equal more output was shattered.

Everyone Wants Job Security
With at least one recession every decade from 1970 to 2010, no generation is a stranger to financial stress. Ensuing mass redundancies and slow hiring in recovering economies have made nearly all of today’s workers rate job security highly.

Later generations preferred leaders who got the job done well and exceeded targets over personality. This became even more evident as Gen X rose through the ranks. With a firm grasp of technology and knack for efficiency, Gen X was promoted quickly. But their people skills lagged far behind their business acumen. Baby Boomers frequently bristled at Gen X’s direct leadership style.

Say it to my Face — or on IM
Everyone has their own preferred communication style. Older generations grew up with an abundance of face-to-face and telephone conversations. Nearly every Gen Xer can tell you about long telephone conversations from their youth that lasted into the night. They were also the first generation to grow up with email. Then Gen Y replaced the landline discussions with IM and text chats.

Regarding their performance, Gens X and Y welcome a steady stream of (even daily) feedback. Older workers may take no news as good news and not desire regular praise or assessment. In fact, some Baby Boomers feel offended by a frequent commentary on their performance.

Preferred Learning Styles
Gen X and Gen Y are happy to learn hard skills on the job, while Boomers are happiest with classroom instruction. When implementing new technology in the workplace, younger generations will embrace it without question while Boomers are more apt to be skeptical about if it’s really necessary.

To increase buy-in of new technology or processes, offer staff training in a classroom plus via recorded webinar with the option for staff to pick which works best for them. The in-person training should allow ample time for questions.

Pass the Torch or Be Prepared to Drop it
A hefty number of leadership positions in today’s organisations are held by Baby Boomers. With a projected tidal wave of their retirement on the horizon, it’s imperative your Baby Boomers transfer their knowledge onto Gens X and Y. Organisations who take time now to train Gen X in motivational and positive leadership (which Gen Y wants) will be light years ahead of the competition.

By 2025, Millennials will make up 75 per cent of your workforce. Creating work environments now that stimulate, address their ambitions, and offer flexibility will be the key to retaining your future talent.

Harmony is Possible
When designing committees or selecting your board, have a mix of generations. Give equal weight to the opinions of your team members, regardless of age. Your youngest staff will make up the majority of your workforce in under a decade and want their voice heard. Take note rather than a crash course in getting the best out of what each generation brings to the table.